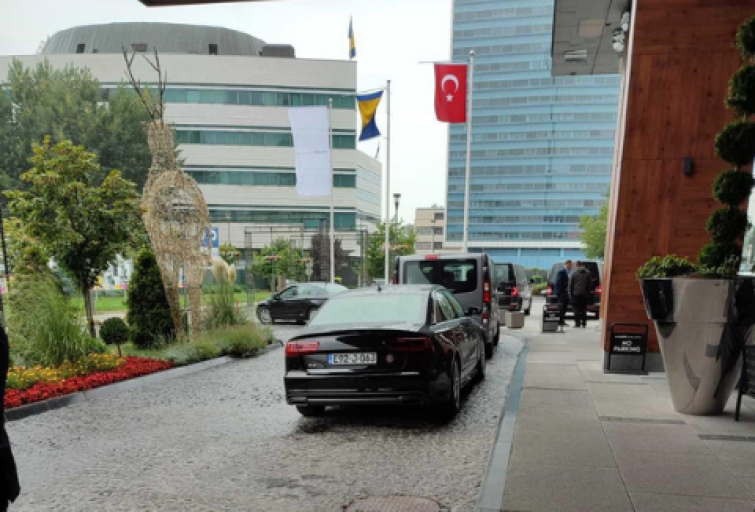 The President of the Republic of Turkey, Recep Tayyip Erdoğan, arrived in Bosnia and Herzegovina last week on an official visit to attend the wedding of the daughter of the President of the Party of Democratic Action (SDA), Bakir Izetbegović. Together with his wife Emine, son and daughter-in-law, he was a guest at the wedding of Jasmina Izetbegović, daughter of Bakir and Sebija Izetbegović. The media report that Erdoğan was the bride's Matron of honour.

Erdoğan arrived at Sarajevo International Airport on Friday the morning of August 27th, and was greeted by a Carwiz vehicle!

"We are happy and extremely proud to be invited to accompany the Turkish President Erdoğan and his staff on a tour of the BiH capital, Sarajevo. We see this as a confirmation that we are a car rental company of great trust”, said the director of Carwiz rent a car in Sarajevo.

The President was welcomed with the highest state and military honours in front of the building of the Presidency of Bosnia and Herzegovina, by members of the Presidency of BiH Željko Komšić and Šefik Džaferović and the Honorary Guard of the Armed Forces of BiH. The official ceremony began with the intonation of the national anthems of the Republic of Turkey and Bosnia and Herzegovina, followed by a parade.

Recep Tayyip Erdoğan began his visit at the gravesite of Alija Izetbegovic, the country's founding president, who passed away in 2003. Later, Erdogan attended the reopening of the Bascarsija Mosque, built in the 1500s but damaged during the 1990s wars. ”Turkey places great importance on Bosnia and Herzegovina's security, stability, and development," said Erdogan.

Carwiz rent a car is the only Croatian rent-a-car that operates on four continents and 20 countries with a franchise network and is increasingly strengthening its position in the world, proving that innovation and business based on partnership and trust are the key to success!