Today’s image of the capital of Poland is one of a kind mix of communist architecture from the ‘90s and ultra-modern buildings. 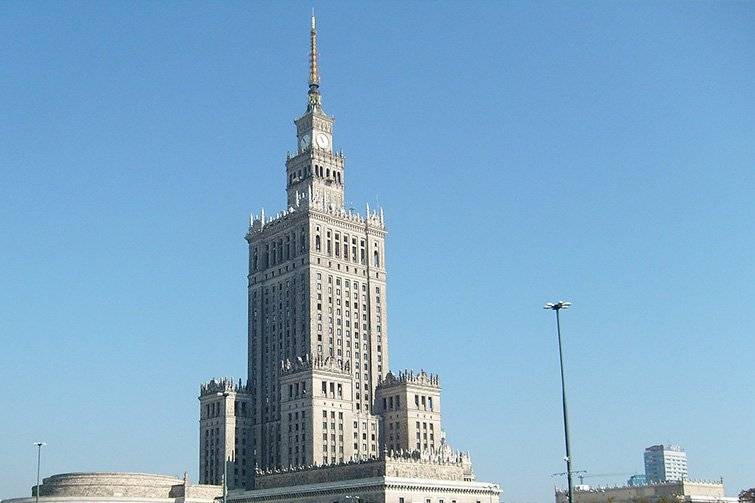 Today’s image of the capital of Poland is one of a kind mix of communist architecture from the ‘90s and ultra-modern buildings. While traversing Warsaw you will find a multitude of styles: from manor style and classicist variations, to restored monuments, functionalist and avant-garde objects. Car rental may be the best solution for visitors. What is worth seeing?

Warsaw Old Town is also called “pearl of the capital”. It is a teeming with big-city life tourist center, mesmerizing with its unique atmosphere of streets and alleys, various styles of colorful tenements from different ages as well as medieval buildings renovated after the war. Sigismund’s Column proudly stands on the Castle Square – it was him who moved the capital from Cracow to Warsaw in 16th century. The heart of the Old Town is the Market Square from the break of 13th and 14th century. Surrounded with old tenements and excellent restaurants with delicious dishes of Polish cuisine (like Polish breaded pork chops or pierogi) and dishes from around the world. In the central place of the Market Square you will find  statue of the Warsaw Mermaid – symbol and patron of the city, which is also a part of the coat of arms of Warsaw.

Once you explore enchanting parts of the Old Town and the Market Square it is worth to return to the Castle Square and visit the Royal Castle. Its history goes back to 14th century, when the Great Tower was built (todays Grodzka Tower). It was being gradually expanded for the next few centuries, at the time of Sigismund III Vasa it acquired its characteristic shape of a closed pentagon. The castle over the years served as royal residence, place of Parliament’s proceedings and the administrative and cultural center of Poland. It was blown up by the German army during the war, but it was rebuilt and mostly reconstructed in the 1980’s. Other beautiful and magnificent mansions in Warsaw are: the Presidential Palace, the Krasiński Palace and the Ostrogski Palace.

Palace of Culture and Science

The tallest building in Poland, which is controversial nowadays, used to be known as the Joseph Stalin’s Palace of Culture and Science until 1956. Since it is located in downtown Warsaw on the Parade Square, it is inherent to the capital’s scenery by towering over other buildings. It is a characteristic mix of social realism and polish historicism. It is currently a place of numerous exhibitions, economic events, parties, and the permanent headquarters of the Warsaw City Council, which meets in the Warsaw Hall.

Popular Łazienki is a park and palace complex created in 18th century by Stanisław August Poniatowski. It took the name from a bathing pavilion, built in 1780’s (today’s Palace on the Isle). Łazienki is a perfect place to go for a walk, relax and take a breath after visiting the center of Warsaw. Green trees coexist with architecture of palaces, pavilions and free standing sculptures. It is completed with four gardens: the Royal Garden, the Romantic Garden, the Modernist Garden and the Chinese Garden. It is here where you find the famous art nouveau Chopin Statue.