Located on the Gdańsk Bay, the largest city in the Tri-City with over a thousand years of history. 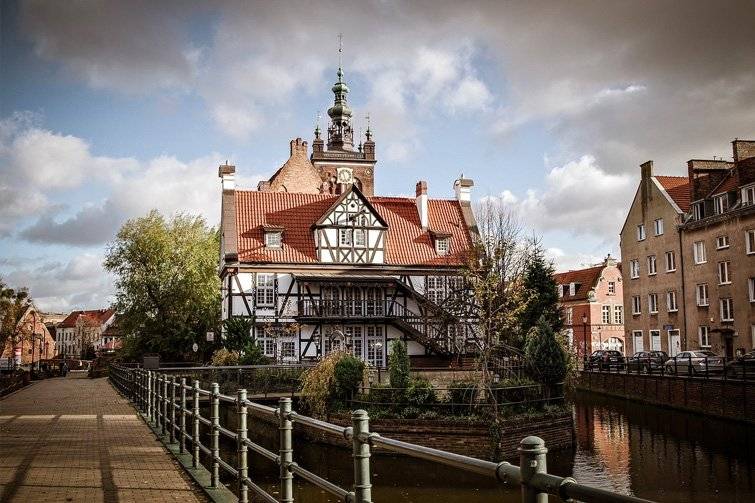 Located on the Gdańsk Bay, the largest city in the Tri-City with over a thousand years of history. Over the centuries, it was influenced by many different cultures, today it is one of the greatest tourist attractions in the northern part of Poland. However, it is worth seeing not only Gdańsk itself, but also Gdynia and Sopot, which are part of the Tri-City. In this case, car rental will be a great convenience. And what to visit in Gdańsk itself?

The Long Market is a representative square that also functions as a market in Gdańsk . Together with Długa Street, it creates the so-called Royal Route. The most important secular buildings of the city are located at the Long Market: the Main Town Hall and the Artus Court. In the 16th and 17th centuries, the wealthiest Gdańsk patricians and wealthy merchants lived here. It is full of historic tenement houses, each with its own history. Gdańsk tenement houses are very characteristic: they have narrow facades topped with attics, generously decorated with coats of arms, figures or figures of ancient heroes. The oldest preserved houses come from the Middle Ages - against the background of modern buildings, they emphasize the unique atmosphere of Gdańsk. The Royal Route isa favorite meeting place for both tourists and locals. There are many cafes , pubs and restaurants serving traditional Polish dishes (such as pork chop or pierogi ), herring and cuisine from exotic parts of the world. Being at Solidarity Square in Śródmieście, it is worth directing your steps to the European Solidarity Center .

The Main Town Hall, the Artus Court and the Lady of the Window

Today the Gdańsk Museum is housed in the magnificent Gothic-Renaissance Town Hall . Built in stages, from 1379 to 1492, it was once the seat of the city authorities. The most valuable part of the building is the Great Council Hall (also known as the Red Hall), which historians consider to be one of the richest modern town hall interiors. Artus Courts were built all over Europe from the Middle Ages, and they flourished in the 16th and 17th centuries. The Gdańsk Manor House is considered to be one of the most magnificent buildings of this type in the world. Formerly it was a meeting place for merchants, the center of social life (the Gdansk meeting elites, parties, concerts, musicians, jugglers or linoskoczków), the famous exchange, many important rulers, politicians and artists were also hosted here. Every day at 13:03 (during the summer season also 15:03 and 17:03) from the peak window building of the New Bench House (adjacent to the Artus Court) looks at people passing by imagining a young gdańszczankę character of the seventeenth century .: the famous "Lady from windows " .

The historic fountain, which has been standing in front of the Artus Court since 1633, is a symbol of Gdańsk. The author of the fountain's design was Abraham van den Blocke, and the figure of Neptune refers to the eternal relationship between Gdańsk and the sea. Neptune - the god of the sea in Roman mythology - was to face tenement houses, then the seat of Polish kings during their stay in Gdańsk, and to keep his head bowed in front of them. A well-known Gdańsk legend says that it was Neptune that made the famous Goldwasser tincture. The sea god was upset that tourists were throwing coins into the fountain, so he smashed his trident into the water and smashed the gold into pieces that have shone in the delicious herbal liqueur ever since .

The defense of Westerplatte in September 1939 became the symbolic beginning of World War II and the Polish resistance against the aggression of the Third Reich. This place and the heroic deeds connected with it were repeatedly celebrated in literature and film. Today, all sites related to the battlefield for Westerplatte are entered on the list of Monuments of History. Westerplatte is located on the Port Island, in the north-eastern part of Gdańsk. Renting a car is a good idea to get there quickly and efficiently.