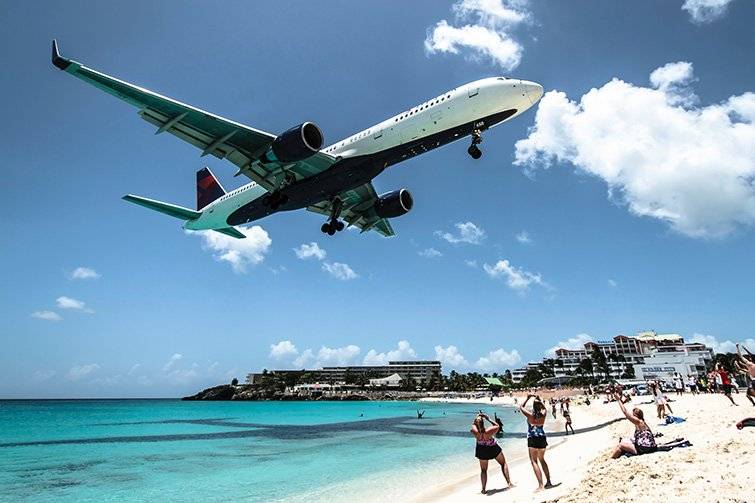 Considered one of the busiest international airports in the region, Princess Juliana International Airport (SXM) serves as a hub. It is located on the Dutch side of the island, 10 miles (15 km) northwest of Philipsburg. It is modern and - no matter the season - comfortable too.

Even though it was designed to handle some 2.5 million passengers, an average of 1.6 million passengers pass through it annually. SXM Airport has spacious terminal facilities. They include 12 boarding gates, 4 jet bridges; 46 check-in positions and 8 self-service check-in systems. It has a comfortable Departure Hall with duty-free retail outlets, food & beverage outlets and bars.

SXM Airport also cognizes the prominence of the private jet industry to St. Maarten / St. Martin / Sint Maarten and is committed to providing the services this high-end industry requires. The airport is definitely an expert in handling private jets and planes and is ready to serve you.